Parenting can be difficult these days. Here below we have collected journals and information from various child development specialists around the world as parenting resources.

It is a question that has troubled parents down the years. Just how much time should they spend with their children when they are growing up?

Now a new study suggests that the answer – at least for mothers – should be as much as they can afford to give. The study, by academics from the University of Essex and University College London, published in this week’s edition of the Economic Journal, finds that a young child’s cognitive and social skills are improved considerably by spending more time with their mother between the ages of three and seven.

It also found that first-born children tend to benefit more from an early investment of their mothers’ time than siblings born after them.

The study is the first of its kind in the UK – and one of the first in the world – to examine directly the relationship between the time mothers spend with their children and the skills those children go on to develop. It uses data from the UK Millennium Cohort Study, a nationally representative study of infants born in the UK between September 2000 and January 2002.

The research, which analyses representative data on more than 8,000 children and their mothers, found that the positive effect of mothers spending time with their children was large. It was equivalent in magnitude to between 20% and 40% of the advantage that young children enjoy from having a mother with a university degree, as opposed to having a mother with no qualifications.

“Our results emphasize that the time spent by mothers with their children has a noticeable influence on early child development,” said one of the co-authors of the study, Professor Marco Francesconi. The researchers also found that the level of education attained by a mother has an effect on early years development. 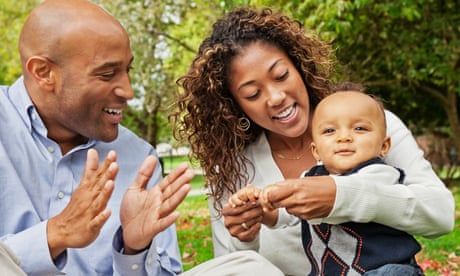 Time spent engaging in educational activities, such as reading, between the ages of three and five with a mother who has been educated beyond the minimum school-leaving age, leads to an increase in verbal skills at age seven that the authors suggest is significantly greater than achieved by children whose mothers are less well educated.

The authors acknowledged that their study fails to examine the role played by fathers. This is because fathers’ non-response rates in the Millennium Cohort Study were “extremely high”, resulting in a paucity of data.

The study’s publication will intensify the debate around working parents. The government plans to extend entitlement in England to free childcare from 15 to 30 hours a week for children aged three and four.

But new research published by the Institute for Fiscal Studies, the University of Essex and the University of Warwick suggests that the measure will have only a small impact on parents’ working patterns. The research, funded by the Economic and Social Research Council, found that increasing the offer of free childcare from 15 to between 30 and 35 hours a week during term time had no noticeable impact on fathers’ working patterns or those of mothers with other children under the age of four.

“The government expects to spend close to £1bn extending the number of free hours of childcare available to working parents of three- and four-year-olds in England from 15 to 30 a week during term time,” said Sarah Cattan, senior research economist at the IFS.

“Our research suggests that this is only likely to lead a modest number of mothers – and no more fathers – to move into paid work.”